This method identifies the substances by measuring how long it takes for the sample to move through the stationary phase. A detector is used at the end to identify the unique components and indicates each substances’ retention time and concentration on a chromatograph.

Click here for a more in-depth look at liquid chromatography.

Gas chromatography, also known as gas-liquid chromatography, is another popular chromatography technique. This method analyses volatile samples that are usually gas at room temperature and a gaseous mobile phase is used to carry the sample through a solid stationary phase.

The separation of compounds in the sample occurs in the column based on the length and temperature of the column and the flow rate of the carrier gas. 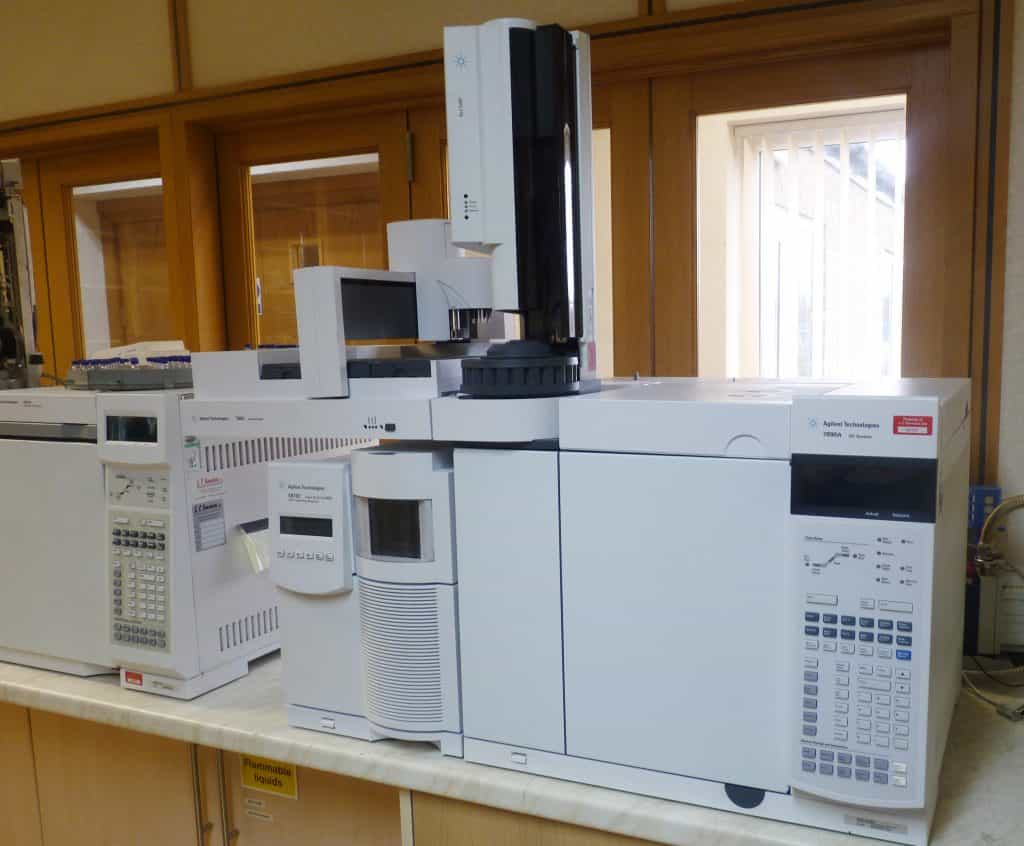 The differences between liquid and gas chromatography

Key differences between GC and HPLC are in the methodology of each technique, such as:

The main difference between HPLC and GC is the type of mobile phase used, which is where the distinction in the names come from.

HPLC uses a solvent for the mobile phase where the polarity, solubility and complexity of the compounds in the sample determine which solvent should be used.

On the other hand, GC uses an unreactive or inert gas, also known as the carrier gas. The type of gas used depends on the method of detection at the end of the process. 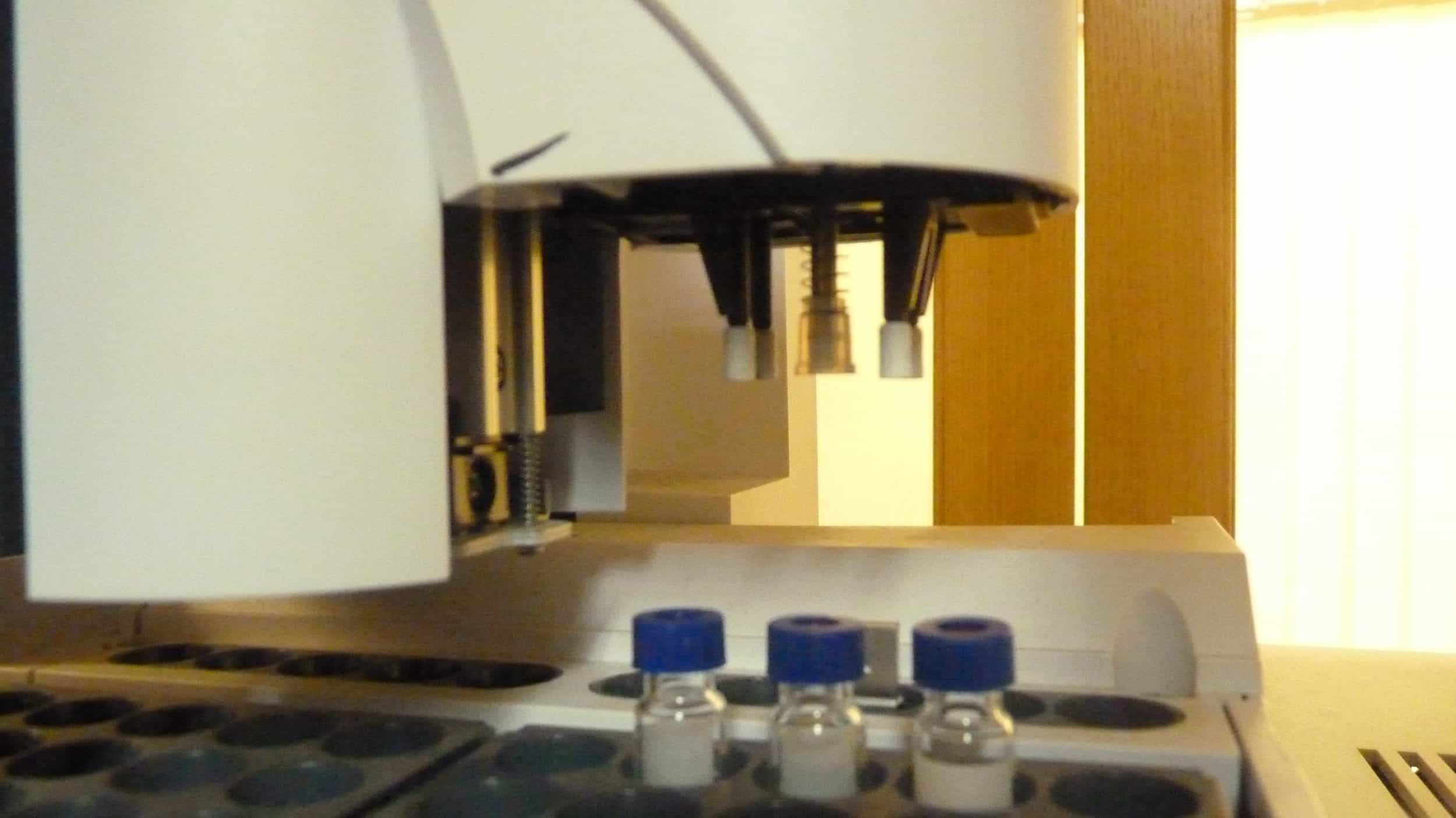 The separation of the compounds in HPLC is determined by the interaction between each compound in the sample with the mobile phase and stationary phases. This is usually due to the polarity of the sample in relation to the phases.

But with GC, the sample mixture has to be volatile, which usually means it is a gas at room temperature. This means GC is typically used as a separation technique for air samples and other unknown organic compounds.

This can make the process a little more difficult for gas chromatography and care must be taken when handling equipment like the columns.

Due to the volatility of the sample and high column temperature, GC happens much faster in comparison to HPLC.

GC elution can occur anywhere from a couple of seconds to a few minutes. Ultimately, the speed of elution depends on the sample being tested and the carrier gas flow rate.

After detection, the chromatogram indicates what compounds are present in the sample. However, it can be difficult to distinguish compounds if they have similar properties, resulting in them having indistinguishable retention times. This is known as low resolution. 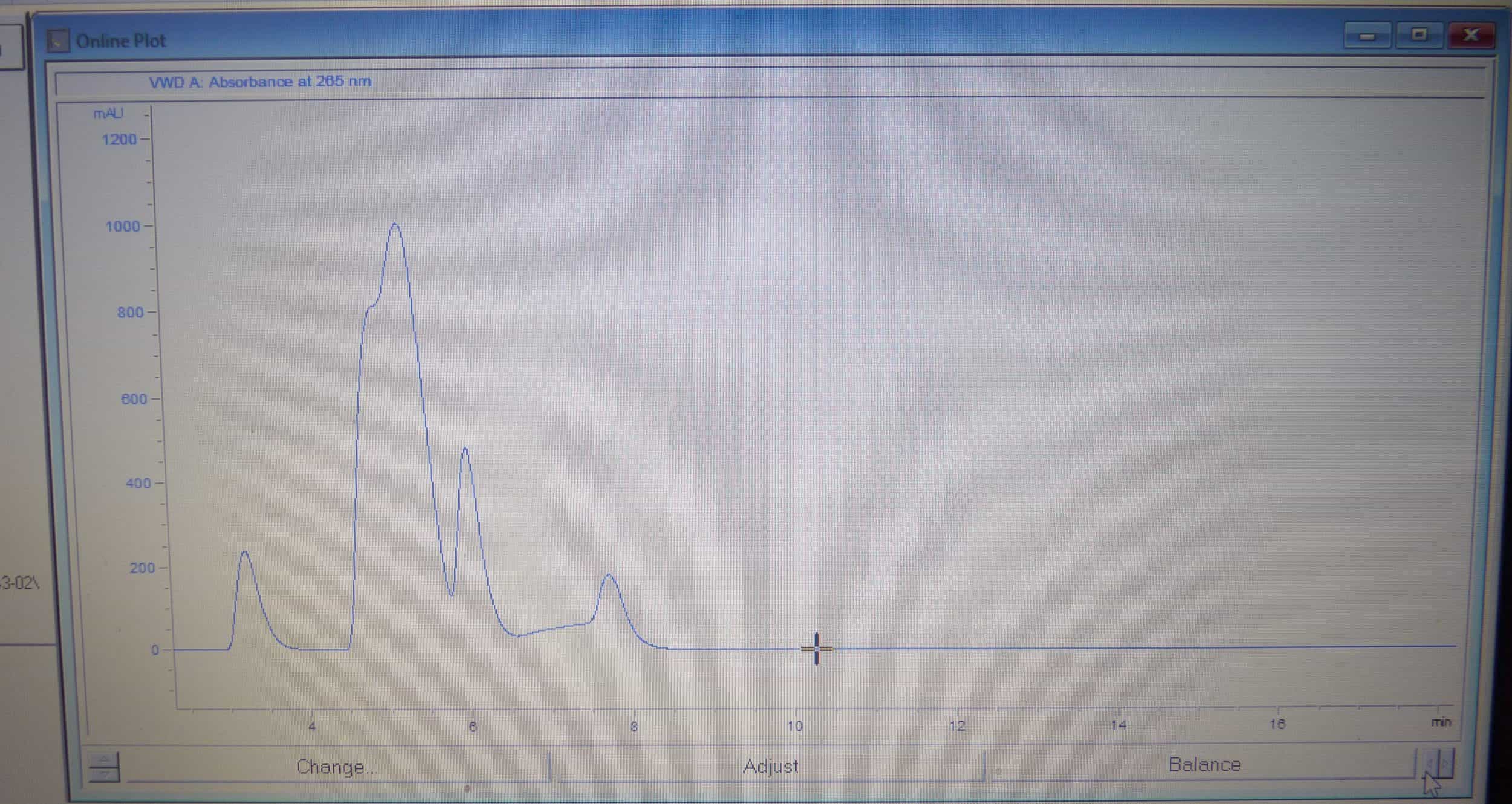 There are several differences between the apparatus used in HPLC and GC, which are as follows:

In HPLC, the columns used tend to be relatively short and wide, measuring up to 30cm in length and have an internal diameter of up to 8mm.

On the other hand, GC columns are much longer and thinner. Some methods use a column that can be as long as 100m with an internal diameter of 0.1-1mm.

The solvent used for HPLC needs to be polar in order for it to work effectively. Common HPLC solvents are water and methanol.

However, for GC, the only requirement for the solvent is that it must be about to vaporise in order to flow with the carrier gas stream.

The HPLC detection method is non-destructive, typically using either an ultraviolet-visible (UV/Vis) spectroscopic detector or a refractive index detector (RID).

While GC detection uses more destructive principles, like in a flame ionization detector (FID) that’s effective when analysing hydrocarbons. Or alternatively, a thermal conductivity detector (TCD) can be used as it is a universal detection method for GC analysis. 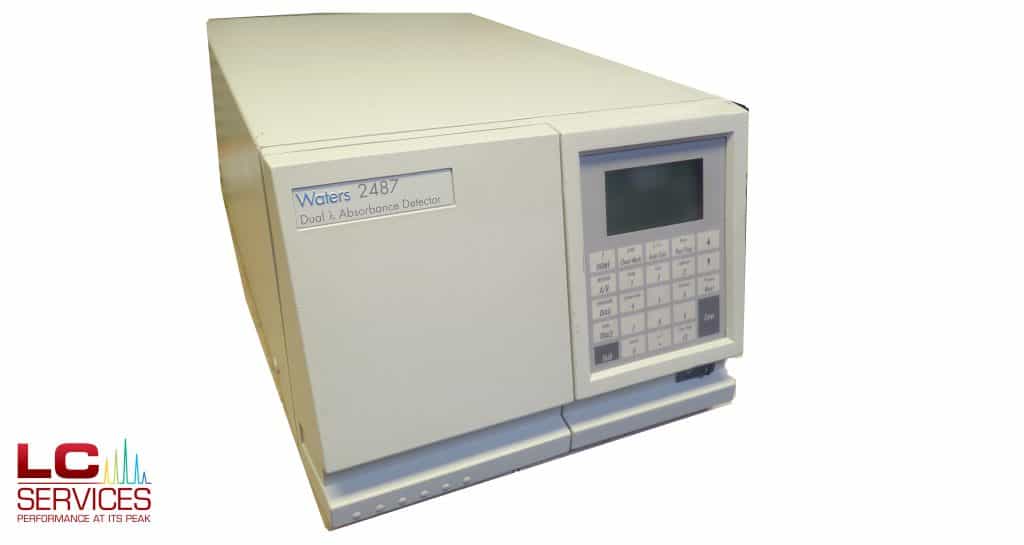 On the whole, GC is more cost-efficient than HPLC.

This is because the solvents used in HPLC are more expensive than buying gas containers, and a pressure pump is needed to push the mobile phase through the column in liquid chromatography, which adds to the cost of equipment.

Plus, the cost of GC can be further reduced in the long run with gas generators that ensure the carrier gas is available when you need it without costly storage and delivery.

As with many scientific processes, the reason for having multiple techniques is because they’re needed for many different applications – all of which have specific analytes that require a different process resulting in different outcomes.

HPLC is more commonly used for inorganic ions and food substances like sugars, proteins and vitamins as well as other compounds like polymers, nucleotides and tetracyclines.

In summary, it’s important to understand the key differences between separation techniques, so you can choose the best method to suit the sample in question.

As well as choosing the right equipment, it’s crucial to ensure the equipment is in good shape in order to deliver accurate results during analysis. Faulty equipment, such as damaged columns or compromised detectors can lead to inaccurate results and the false identification of molecules.

At LC Services, we stock a wide range of chromatography parts and consumables for both GC and HPLC to ensure your equipment is running at peak performance at all times. We also offer comprehensive servicing contracts that include expert support should you run into problems with your lab equipment.

Browse our range of chromatography equipment here or get in touch with our team to find out more.

Benefits of preventative maintenance for your chromatography equipment

Types of detectors used in gas chromatography and HPLC

Find out more
View all News 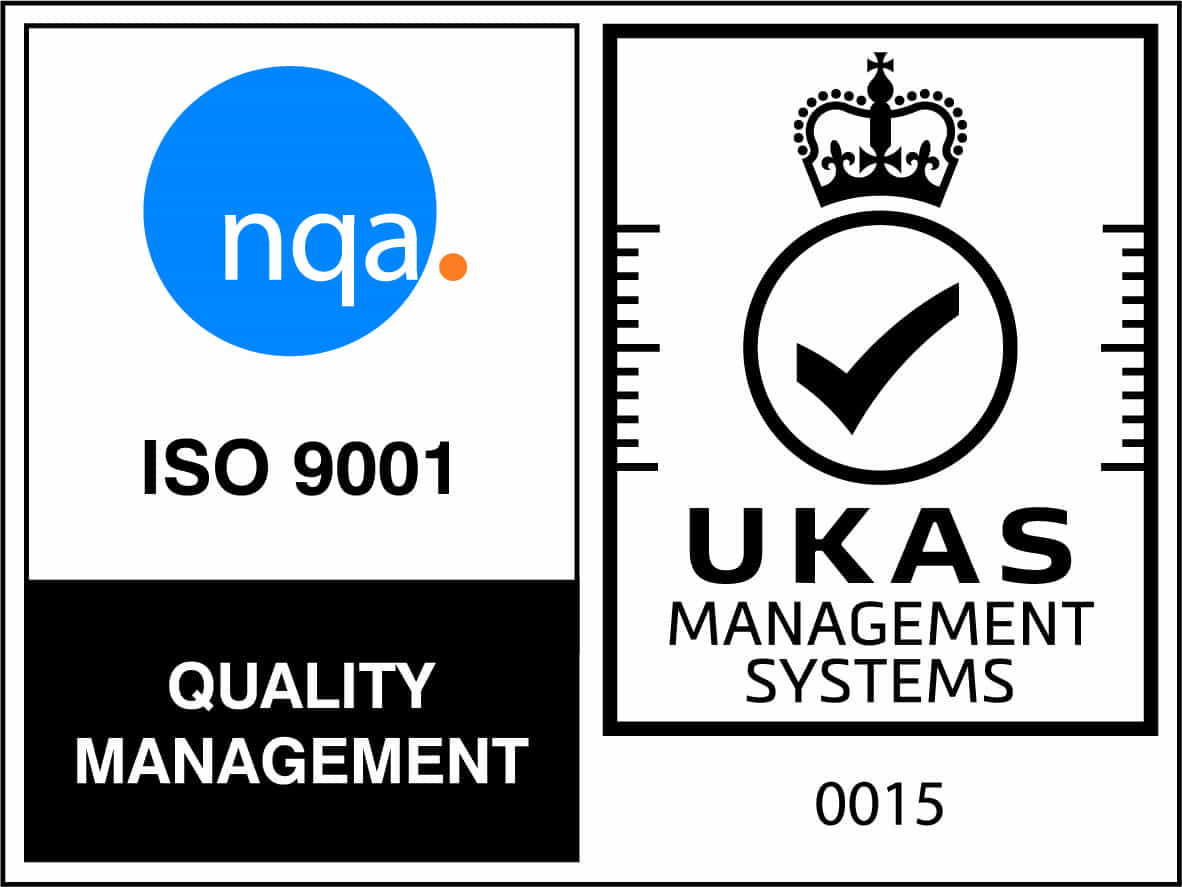 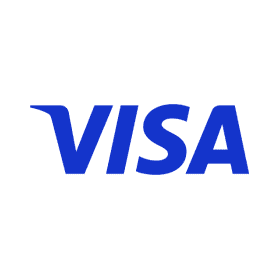 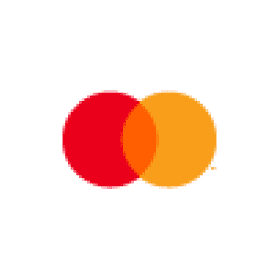 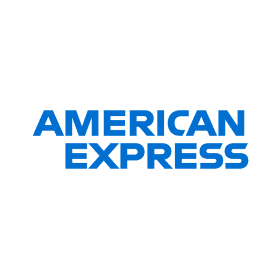 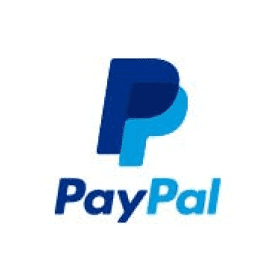